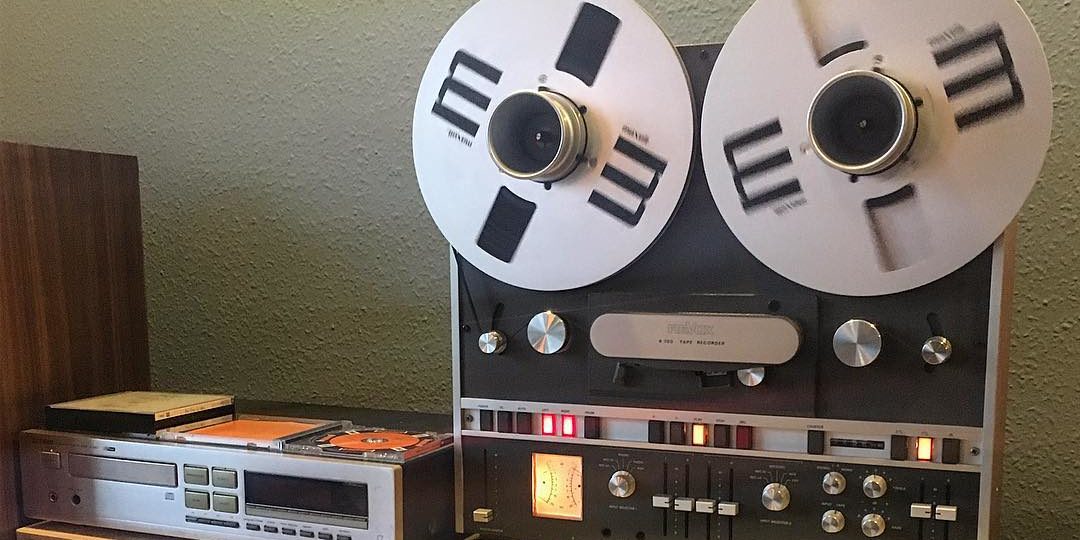 A lot of us has been there – looking at those giant reels on a big Revox Reel to Reel machine. Those big ALU naps and the mechanical “chunk” sound when the wheel engages the capstan, and the reels starts spinning. Big reel to reel machines are beautiful and awe-inspiring, but also a hell of a drug to start collecting.

As long as I’ve collected vintage Hi-Fi equipment ( which is around 13 years now), I’ve wanted a Reel to Reel and I had my eye fixed on the big Revox machines. Firstly because they are fairly easy to service and get parts for, they are built to last and the heads used on the smaller consumer models are the same as the big studio models (if you disregard Butterfly heads!)

When I was 19 I came across a volunteer-based student radio-station that was in the process of moving location. Left in the old rooms was trash, broken microphones, cables and 2 Revox machines – one PR-99 MK3 and one A-77 with 3 NAB hubs. I brought them both through Copenhagen on a bike to my sisters apartment, before taking them home to Herning, Jutland where i lived at that time. They worked, both of them. They were in a bad shape, but they worked! I was ecstatic!

This was many years ago, and I remember wanting to know everything, so I registered for a user on German Revox forum “RevoxFanforum.de“. And while I got some information, I wasn’t active. Each year on my birthday however, i would receive a e-mail whishing me a happy birthday, in German.

Years went by, and I moved to Copenhagen myself. And fate has it, I started as chief-technician at the same student radio-station. In the first week I found 2 other Revox, a PR99 MK 3 and PR99 mk2 and when i asked the leaders if I could have them they said:

I soon realized I didn’t actually get that much use out of them – Reel to Reel machines are fun and impressive, but as a young student with a record collection, what exactly should i use them for?

So i gave one of the MK3 to a friend and sold the other 3 over a span of a couple of years. saying to myself that it was because they were beat up and in bad shape.

Then by some lucky situation i got a chance of adopting (yes, adopting) two Studer Machines, the Studer A812 and the Studer A807. The A812 where broken, and from the information i could gather, I couldn’t do anything about it.

The A807 was mint – all new heads and in perfect condition. It sounded fantastic, but the same situation arose – how could i really justify this professional piece of equipment, when I don’t do any recording?

So I sold both of them cheaply, and moved on.

A lot of time passed and a lot of birthday-greetings from RevoxFanForum. Me and my friend, now with jobs and money for our hobby, both talked about owning a Revox once again. But this time we should do it properly – invest in the right one and have it totally serviced. The prettiest of them all, the MK2 was the one to get. We bought a pair, once for each of us and tried to get new heads for them. While project RTR2 V2 stood on, I found 2 revox A700 machines, a 2-track and a 4-track and bought both of them.

The A700 is a beautiful machine, with a tape-transport that is the absolute best out of all of the Revox consumer machines. The sound however, could be better.

I enjoyed my ownership of the 3 machines, But again, the use I got out of machines like these was low, so with a pending move back to Jutland and the dread of logging 3 heavy machines around, i sold them – and swore to myself, that now i am finished. I’ve had 7 Revox Machines and 2 Studer machines over the span of 13 years (by counting the birthday-greeting i’ve gotten). And each and every time I have had a hard time getting actual use out of them. I love the mechanical feeling, the sound and the visual aesthetic of two slowly moving reels playing beautiful music. But I don’t actually use them for anything – and it seems a bit daft to record music from Spotify or CD to a tapedeck when you could just play the source directly!

A year has gone by since i sold my last Revox and I just turned 30 last week. But waking in the morning and anticipating the German greeting as the first on the day, i noticed: I didn’t get a birthday greeting this year. A bit irritated and unnerving I researched the matter: Apparently the owner of Revoxfanforum has gotten ill, and the site has moved host and in that disabled the birthday notification. (https://forum.studerundrevox.de/viewtopic.php?f=25&t=3674&p=19310#p19310)

But amidst all the feelings of being abandoned, and forgotten is also a feeling of growing old and maybe start lettings things go. So maybe, somehow this marks an end of an era for me, maybe this is the end of my Revox journey? 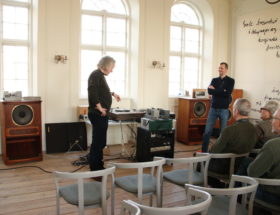