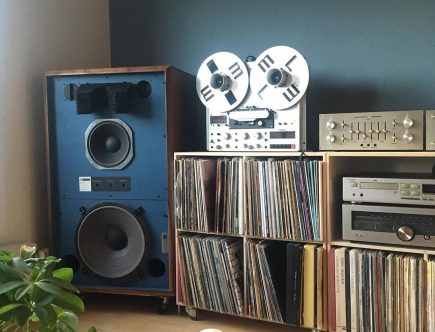 And so it happened!

After 4 months of living on the couch at my friends house and having all my gear packed away, I got back into my own apartment last weekend.

It meant moving out my sister Saturday and slowly starting to make the space new again. New colours on the walls, filling in holes in the wall and preparing for the arrival of the project I have been working on for many, many months. The JBL 4343 clone I’ve built was still in my dads care, and he would – at least weekly – share a story about someone coming over and them having a listening session. Then this weekend I went home and prepared for the big move – there are a lot of things to consider when they weigh in at >85kg a pair and I want to protect all surfaces for any kinds of dents and tear. My car could just barely fit them, so everything from packing them in carpets, taping them shut and marking, surfaces “TOP”, “Bottom” or “Front” was necessary. It was all planned out and they fit perfectly. The 3 hour journey ended with me arriving and meeting my friend who had agreed to help get them up to the fourth floor – I paid in beer and pizza.

Because of the internal construction of the 4343, the 2420 horn is not supported if it is not upright standing. So it was necessary for me to remove the horn. This is easier said than done, because the only way of entry is through the upper baffle. So out with the 10″ 2122 driver and use that as a pulling point after removing the 12 screws holding the baffle to the cabinet sides.

Now they are here and we went through the usual suspects – from Ben Frost to Godspeed, You black emperor! to Harry James orchestra. I can’t get my arms down now! 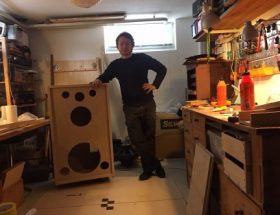 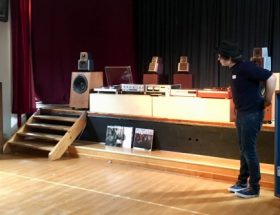